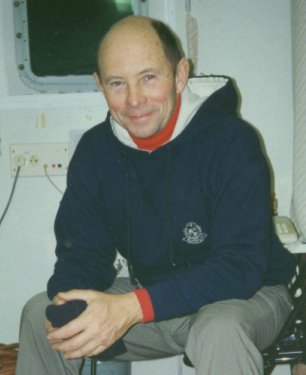 From: « carlos.adriano »
To: « Bruce Baillie »
Subject: interview
Date: Tue, 31 May 2005 22:04:09
Dear Bruce Baillie,
Do you remember you’ve accepted my proposal for an interview by email? Here go the questions. Thanks a lot
for giving me the honor of this conversation.
1- You are working on the transferring of all your 16mm films to DVD. The plan is to release 5 or 7 volumes with
a two-disc (double set) DVD at each volume and it includes your final film, ‘Memoirs of an Angel’.
a) How many films will be included? Any extra material (as interviews)?
b) What is the feeling of having all your work available at once and also for a young generation?
c) Do you have any sense (or temptation) of evaluation your work as a whole with this opportunity?
2- You were one of the pioneers in U.S. to show and distribute independent films and avantgarde work, as a
founder of Canyon film distributor.
a) How do you see the slotse for experimental films today?
b) How do you think avantgarde work is considered inside film (mainstream) culture?
3- Do you see any future in the relationship between cinema and internet?
4- What do you think of Hollywood today?
5- Your generation (not only filmmakers, but also poets, painters and musicians) had a project for a better society.
a) What is your opinion of current America under Bush administration?
b) How is the cultural « ambience » in U.S. today?
6- Are you working in any new film or a new work? (If so, what is that?)
7- What can you answer to the question: why do you make films? What has been your purpose as a film artist?
Warmest regards,
c.a.

Mass for the Dakota Sioux